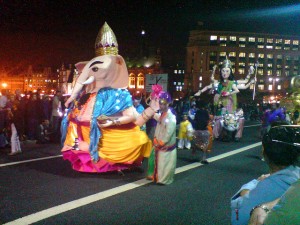 Today I read a blog-post which criticised the Hindu American Foundation’s statement on caste. Though I disagreed with a lot of what the post said I found it to be a well thought-through and clear expression of an opposing view. I wrote a comment in response to the post which I will expand on here.

First a brief background. The Hindu American Foundation published a report on caste, which basically said that caste-based discrimination is not intrinsic to Hinduism and that it was a problem that is being addressed in India. The blog-post I am responding to is by Sandhya Jain. She sees this report as part of an attempt to “recast Hinduism as an International faith” and set up a canon of Hinduism, one defined set of sources and beliefs. The article has comparatively little to say about caste, except that it is part of a dynamic system that has positive virtues. The article should certainly not be seen as an endorsement or acceptance of caste-based discrimination. Here is my response, together with some expansions and comments.