To Shaivites the Shivalingam represents the parashiva or formless shiva. The parashiva is equivalent to the Nirguna Brahman (Brahman without qualities) of Advaita philosophy. When we contemplate and worship the shivalingam we contemplate Shiva’s pure form, which permeates the whole of creation. The Parashiva is transcendent and cannot be described in words. Yogis who have experienced Shiva in this form talk of ultimate bliss, the all loving reality, the ultimate cause of the universe.

By using the symbol of the shivalingam we can represent the unmanifest as a concrete symbol, just as the murti (devotional statue or icon) represents Shiva’s manifest forms.

The veerashaiva sect of shaivism solely worship Shiva in the form of the lingam. They believe that Shiva has no manifest form, so murtis are not used. They wear a personal linga or ishtalinga at all times. For this reason they are known as lingayatas.

The Nandinatha Sampradaya’s Kailasa Parampara has a large naturally occurring crystal shivalinga,  which will one day be installed at the Iraivan Temple in Hawaii.

What the Shivalingam is not 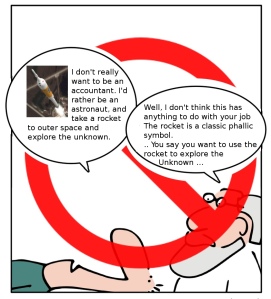 Since Freud some westerners see phallic symbols in almost anything

The shivalingam is not a phallic symbol. The origins of the shivalinga are as an oval representation of the universe, or as a column without beginning or end.

Westerners were quick to characterise the lingam as a phallic symbol, but the same could be said (and has been said) about church towers, Egyptian pylons and many more things.

The situation is confused by the fact that some left-hand trantric Shakti sets do use the shivalingam as a phallic symbol. It is unclear whether this symbolism was used before Westerners introduced the concept of phallic symbols; certainly in earlier temples they used explicit images rather than symbols.